Oculus Rift Stores Stock Up Even as Pre-Orders Diminish, Consumers Were Irritated

There had been controversies trailing the Oculus Rift, one of the foremost robust commercially accessible virtual reality devices we have at the moment, just when Facebook-owned Oculus declared their intent to make the headset available and accessible in stores ahead of when the pre-orders will no longer be available.

Many customers have been able to make procurement for pre-order with the Rift starting on Jan. 6. It’s also to be noted that other units were given away as part of the Kickstarter that started it all, but yet, the bunch of it weren’t in backers’ disposal as at when the Rift got to retail stores on May 6. It’s a fact that a “small number” of items will be made accessible at Best Buy, Amazon, and Microsoft’s online store.

An Xbox One controller, a movement sensor, a headset and two free VR game are the exclusive Rift package. At the time of opening the product preorders, with shipping of product that is expected to be executed by March 28, and retailing of the products to follow suit in April, respectively. Oculus is really responsive to the issue for people who by now have successfully preordered: and also offering bonus resources to pre-ordered products (namely, the game EVE: Valkyrie) as long as the buyer choose to revoke any of their pre-ordered products because they’ve purchased the device in a store.

For early adopters, Oculus will be the first to market with a $599 headset that must be connected to a high-powered PC. It’s worth noting that although the Rift officially launches March 28, Oculus has announced to the public that pre-orders have already sold out and new orders won’t be shipped until this summer.

The headset will come with an Xbox One controller to play included games like space dogfighter “EVE: Valkyrie” and cartoony platformer “Lucky’s Tale.” However, Oculus’ intuitive Touch controllers, which can recreate the sensation of hands in VR. 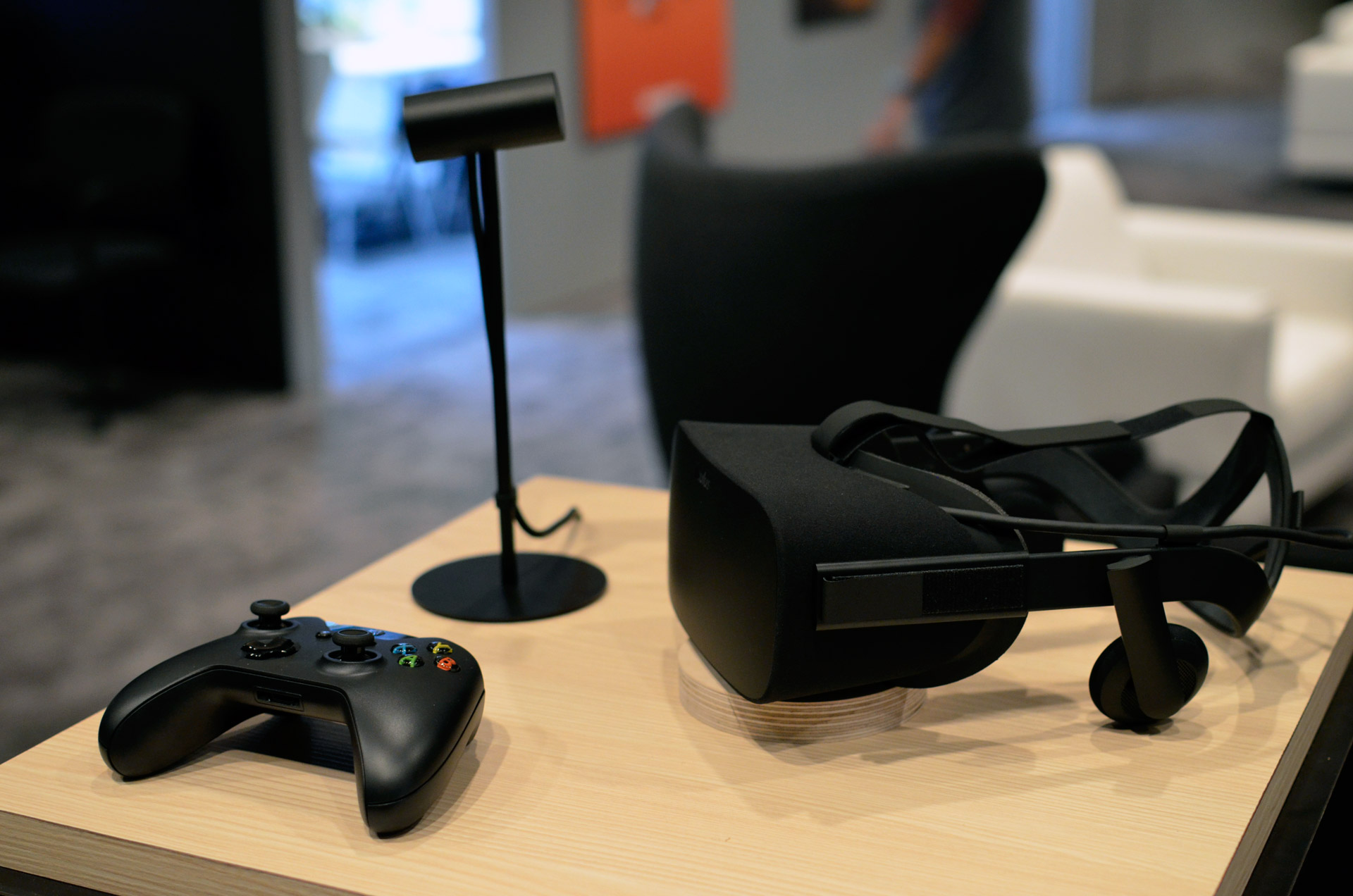 Reasons for shipping devices to retail outlet, instead of trying to meet the huge pre-orders is yet to be disclosed by Oculus. For the fact that distribution was deferred at numerous point from the initial date in March, has made deadlines experience some flip-flopped as the pre-orders were mailed out later than it was scheduled. Now, preparation has been put in place to ensure they’re working on fulfilling both at the same time: “Quantities will be extremely limited while we catch up on Rift pre-orders,” a recent blog post read.

Best Buy has enveloped the substantial hype around the agreement: time could be programmed in a sample description of the Rift at a particular retail store with the help of an online check-in .

Sound familiar? Virtual reality requires people to wear large headsets that block out the real world, and immersive video has made some viewers nauseous (although its purveyors claim to have fixed that). It’s not exactly a friends-and-family experience, either. If you chafe when your companions are glued to their phones at dinner, you’ll want to watch your blood pressure when they start wearing VR headsets in the living room, tuning out other people along with reality.

Another hurdle: VR’s initial apps are heavily weighted toward games. Sure, one immersive video puts you on stage with Cirque du Soleil performers as they reach for dazzling heights.

More on the Ghostbusters VR Experience