A lot of ideas are being generated by companies to integrate augmented and virtual reality into When your feeling hopeless,lost and confused there somebody out there who will love you eryday use, spurring extraordinary growth.

Although the VR and AR industry has less than $10 billion in revenue currently, it is projected to soar to $120 billion by year 2020 according to Digi-Capital.

Top hardware releases from prominent companies such as the Vive from HTC, Samsung Gear VR from Samsung and Oculus Rift from Facebook are producing a lot of enthusiasm and interest.

“The VR and AR market feels like the smartphone market a decade ago,” said Sean Miller, lead product manager for CenturyLink.

As we may have known entertainment is the top market for VR and small businesses are making forays as companies that are providing the technology.

The Oregon Story Board, a public-private partnership concentrated on advancing the art of digital storytelling through AR and VR is generating an ecosystem of businesses and giving AR training for technology pioneers with the aim of establishing Oregon as a new media powerhouse.

“Bringing media, movies, books and games to life via these new technologies will require an entire industry to evolve, and there will be opportunities for businesses of all sizes to participate in that development,” said Miller.

A company called Voke VR with lesser than fifty employees, is currently streaming live music and sporting events to fans in VR. Using a stereoscopic platform, Voke VR captures and streams immersive video that can be played on tablets, mobile phones and televisions. The videos can also be played on VR headsets.

In April, Voke VR showed fans a courtside view of the NCAA Final Four games through Samsung Gear VR head mounts powered by Oculus Rift. Apps downloaded from the Oculus App store were used to stream both semifinals and championship of the NCAA games live in VR.

Apart from entertaining fans, VR can also be used to train athletes. STRIVR is working with NBA, NFL, NHL and NCAA teams to improve the performance of their athletes. By wearing head mounts, the athletes can study the game film of an upcoming opponent. They could even use VR to view themselves doing recorded drills and plays, as if outside their bodies, visualizing their movements and footwork. 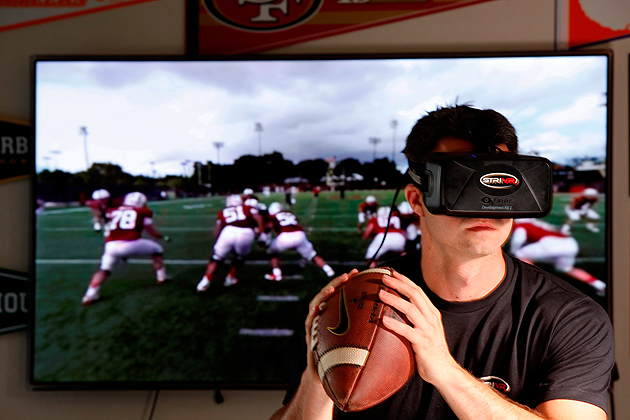 Notwithstanding the fact that STRIVR Labs is young and small (It was established in 2015 and has less than 50 employees) the company has earned the respect of the professional and college sports community.

In 2015, STRIVR was named a pioneer in the area of virtual reality by Sports Illustrated and VR was also named the innovation of the year.

Such developments points to how far VR could go.

“VR is fast moving beyond entertainment and gaming and could impact businesses of various sizes,” Miller said.

Virtual Reality As A Marketing Tool

Apart from the entertainment industry, leasing agents and real estate developers stand to benefit the most from the new technology called VR. Their use of VR lets prospective buyers appraise homes, sometimes when the houses are still being constructed. Already some real estate agents are designing interactive VR models which provide engrossing tours of homes. These virtual open house events have 360-degree view of home interiors. By evaluating these homes using a head mounted display, home buyers can select a few for in-person visits. 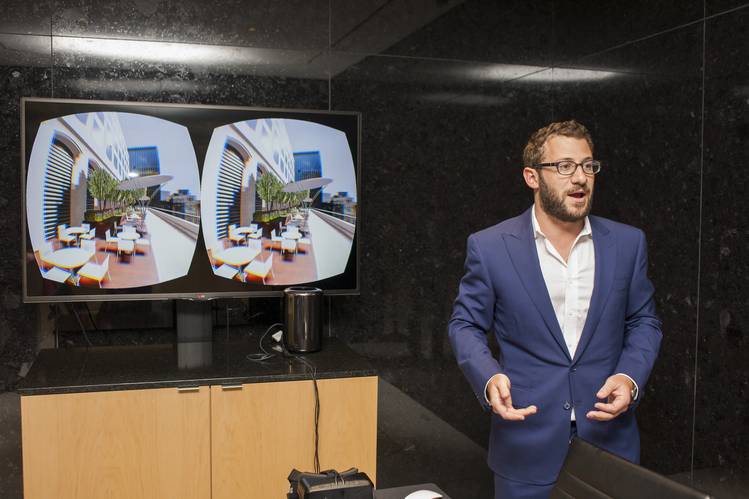 Hoping to motivate and stimulate consumers to visit their stores, marketers are also experimenting with VR ideas. Volt Studios, a company with less than 10 employees is bringing together virtual reality sequences of live action and animation that the company says will “activate new users.”

How does one determine if this technology is right for one?

Miller’s advice: Look at what your customers want and what your competitors are doing, and try to understand the nuances of the technology before you invest.

He noted that the best route is to start small and get help from business communities and advisers to decipher how you can make it work for you.

On Immersive Virtual Reality Technology and the Ethics Questions It Raises